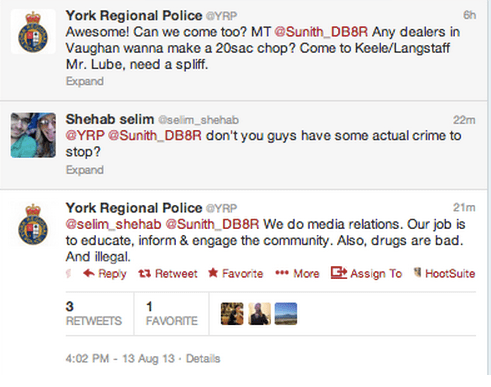 You just can’t get away from the law these days and that’s never been more true than for Shebab Selim on Twitter in August 2013 when he was caught red handed.

Some of the police’s tweets on Twitter are quite brilliant and this is just one example. We like the fact they clarify drug use is illegal at the end of the final tweet.