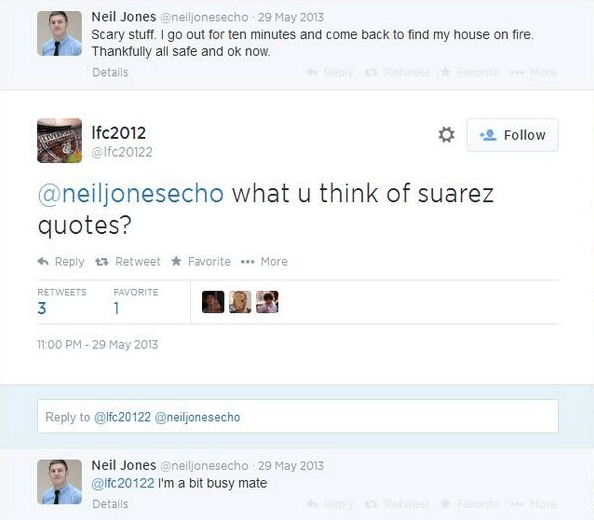 Luis Suarez and Twitter. This is one of the social network’s finest moments.

Liverpool Football Club fans are known for being quite rowdy on Twitter and they’re also one of the fan groups that crave transfer gossip more than anyone on the social networking site. But this is just a bit too far…

Neil Jones, who is a journalist for the Liverpool Echo, had been getting transfer scoops for most of 2013 and Liverpool fans were becoming increasingly desperate for his inside information on the club.

Neil sadly left his home for 10 minutes, as the tweet shows, and returned to his house burning down to the ground! And no one wants that to happen.

But what made it worse was @lfc20122 taking to Twitter to get his daily fix of inside info, just at the wrong time.

The journalist replied exacerbating his busyness at that current moment.