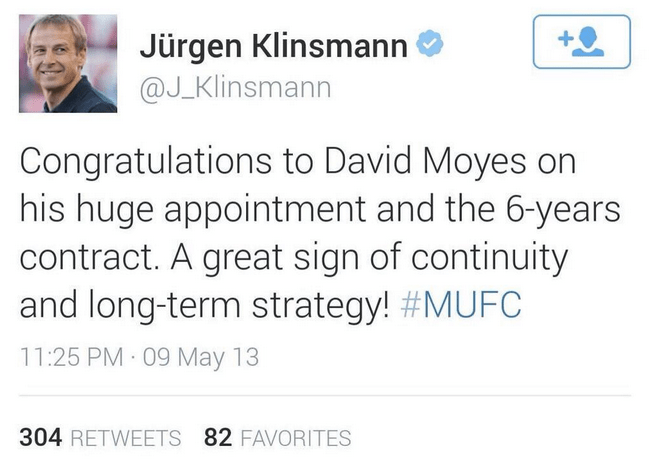 David Moyes was appointed as Manchester United in the summer of 2013 and was seen by many to be a natural replacement for Sir Alex Ferguson. He was Scottish and had been proven in the Premier League for a number of years.

Some questioned whether he could step up to a club like Manchester United but USMNT coach Jurgen Klinsmann was convinced he’d be a hit and thought Moyes would be at the club for a long time.

Moyes lasted less than a season and was sacked after a string of poor results.

He now manages a team in Spain.