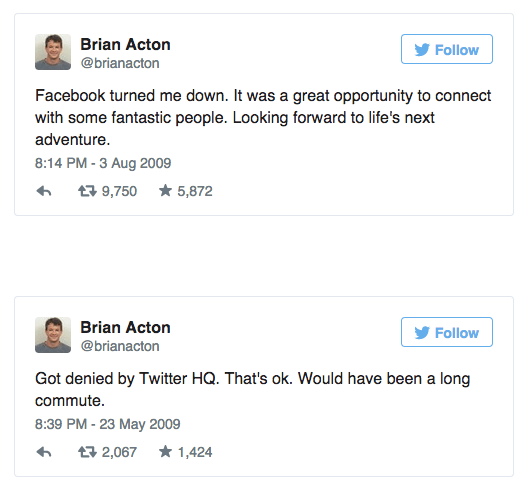 Can you believe that Brian Acton, one of the founders of Whatsapp, was turned down by BOTH Twitter and Facebook? Neither can we but we’re glad he documented it on Twitter.

Within a year Acton had been turned away by both social media giants but he was to have the last laugh.

Brian sold Whatsapp in 2014 for $19 billion to Facebook and now works alongside the person who turned him away back in 2009; Mark Zuckerberg.

This is certainly a story to show that you should never give up. Nice one Brian!