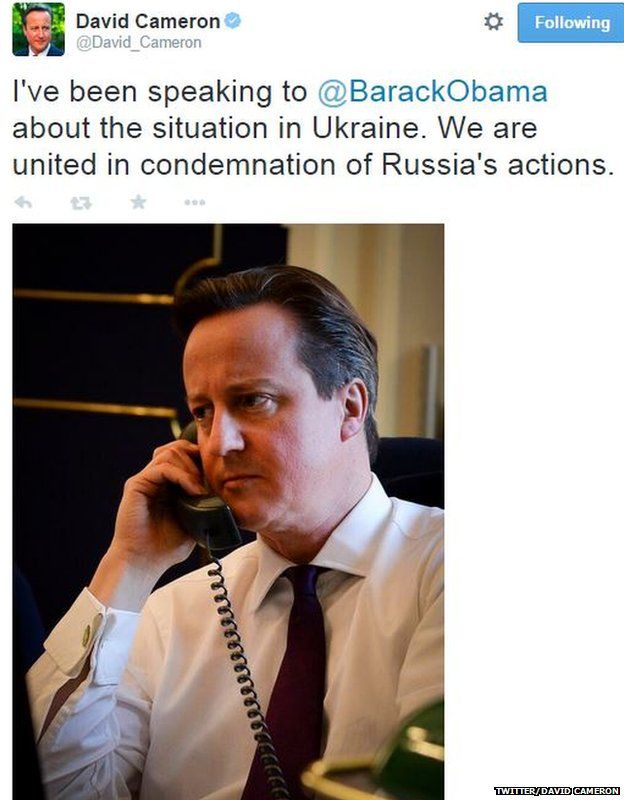 Ahead of the 2015 General Election, it’s time to bring up this blast from the past.

UK Prime Minister David Cameron decided that simply phoning Barack Obama wasn’t enough, he had to take a picture of him doing so.

Was it actually Obama on the end of the line? Shouldn’t he be focusing on the phone call instead of posing for photos?

A very strange set of circumstances.